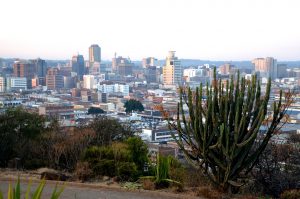 The past election has been the first since decades for Zimbabwe. After around five decades of being under Robert Mugabe, the country’s people have selected a new president: Emmerson Mnangagwa. Given that he has been Mugabe’s right hand man for five decades, it is expected that there will be a lot of similarities between the two. But just how does he differ from Mugabe, especially in how he will rule Zimbabwe?

To start, let’s take a look into who exactly Robert Mugabe is. Before he became the president of Zimbabwe, Mugabe started as an activist, who then rose to become the leader of one of the guerilla groups who were fighting against white rule. After the war ended in 1980, Mugabe rose to power and made sure he kept his position there, making him the hero that defeated the white rule and deserves his rise to power.

To his enemies, however, he is known as a brutal tyrant who ruled by fear and caused great devastation to his country. It was after the war that Mugabe’s true colors were shown as he consolidated the ZANU-PF’s hold on the country, a political party in which he was a part of. This resulted in brutal fights and killed thousands of people.

Soon after, he became the president of Zimbabwe in 1987, when the constitution was altered and turned the country into a one-party state, virtually making the country a personal fiefdom.

In 2000, he enacted his revenge and made his officials and followers seize white-owned farms under the guise of supposedly turning the land and distributing it equitably over to Black Zimbabweans. In reality, what happened was devastating to both the farm owners and the nation – they were left with killed livestock, wrecked houses and barns, and fallow land, leading to the country’s agricultural downfall.

In 2009, the Zimbabwean dollar has been wiped out from the economy because of hyperinflation in favor of the US Dollar and South African rand, along with other foreign currencies. This caused supplies to dwindle and unemployment rates to soar, leaving Zimbabweans with barely anything to survive.

In comparison to Mugabe, Emmerson Mnangagwa has yet to enact his policies as the new president of Zimbabwe. During the 1960s, he, like Mugabe, was also an activist that joined the Crocodile Gang against the white minority regime and waged anti-colonial resistance acts. After being imprisoned for a decade, he formed a close relationship with then fellow political prisoner Robert Mugabe. After his release, he made a name for himself in the army. His stellar performance in the army gave way for him to attain high-ranking government jobs.

During Mugabe’s rule, Mnangagwa served as acting finance master during 1995 to 1996. This was the time of economic stability, when Zimbabwe was still doing relatively well economically. He was nicknamed ‘The Crocodile’ for his tenacity as a politician and his history in the Crocodile Gang. He served Mugabe for about 37 years of his entire career before being ousted as his Vice President and escaping to South Africa for safety. After Mugabe’s resignation, he came back to Harare and ran against him in the last election.

While under Mugabe’s rule, he’s been complicit in his decisions as a politician. He was the Speaker of the House when the 2000 land reform act was implemented, resulting in Zimbabwe’s drop in agricultural production and many white farmers were tortured and killed. As Zimbabwe hit its inflation peak in 2009, he was the Minister of Social Amenities. This inflation resulted in the Zimbabwean dollar being replaced by the US dollar and other foreign currencies.

Even after the fact that Mnangagwa came from under Mugabe’s rule, the people of Zimbabwe can agree that any regime is better than a Mugabe regime. Mugabe was considered a tyrant and a destroyer, bringin Zimbabwe to its downfall after a peaceful, economic rise. Now, Mnangagwa is here to fix the damages he’s caused – or so he says.

Before being ousted as his Vice President, he was looking to replace Mugabe in a peaceful manner. But when Mugabe took him off his team and proceeded to tell the nation that he hoped his wife Grace Mugabe would succeed him, he took matters into his own hands. He turned to the military, forming an alliance with them and saying that they will go after ‘political criminals’ who have caused harm to Zimbabwe.

There are many striking similarities with Robert Mugabe and Emmerson Mnangagwa, especially considering that Mnangagwa’s career was born out of Mugabe’s reign. With the new presidency, however, Zimbabweans remain hopeful that this will bring about positive change in the country, both economically and politically, and bring progress to a country that needs it the most.