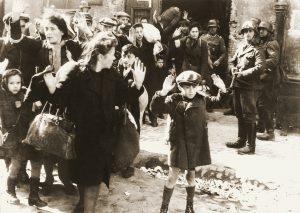 Nazism, commonly known as the National Socialism, is a set of practices and ideologies assumed by the Nazi party – Germany in the 20th century. Nazism was a totalitarian movement fronted by Adolf Hitler. It outlined an intense nationalism, dictatorial rule, and mass appeal. This movement shared a lot in common with the Italian Fascism. However, Nazism differed from Fascism in that it was more extreme in practices and ideas. The movement was highly theoretical and anti-intellectual in almost every aspect. Nazism was a development initiated by the Germany nationalism, Volkisch movement and the anti-communist groups following the defeat of Germany in First World War.

The roots of Nazism had peculiarity with Germany. The origins, in essence, can be traced from the Prussian traditions as developed by Fredrick William, Otto von Bismarck, and Fredrick the great. These individuals gave regard to the military spirit, and the discipline of the Prussian army was the only model for civic and individual life (Mason 39). In addition to the militant spirit was political romanticism, a sharp critic of the rationalism provisions as outlined by the principles of the French revolution. The emphasis of Nazism was in the past and instincts as well as proclaimed individual rights against the universal rules and laws.

The traditions in which Nazism was based were reinforced later in the 19th century by the adorations of the laws of nature and rules of science. These mainly operated independently from the concepts of good and evil. The claims of cultural and racial superiority as outlined by Richard Wagner, Comte de Gobineau and Houston Stewart Chamberlain further reinforced the National Socialism movement among the peoples of Europe and all other races.

Germany traditions and Australian movements determine Adolf Hitler’s intellectual viewpoint while he was the leader of the National Socialism movement. These movements were fronted for political sentiments of anti-Semitism and pan Germanic expansionism (Mason 52). The unsuccessful artistic living and the threadbare existence on the streets of Vienna prompted Hitler’s the ferocious hatred of the Jews and contempt of the Slavs.

Insufficient intellectual preparation brought defeat upon Germany in World War I and led to the rise of National Socialism. The results of this debacle were pauperization, frustration, and disillusionment among the lower and the middle class. The effects paved the way for the success of propaganda as fronted by Hitler and the Nazi party. In 1919, the Treaty of Versailles was signed to settle the World War formally I case. However, the treat was drafted without the participation of Germany and typically alienated many citizens in its aspects of monetary impositions and repatriations of territories. The resentments of the Germans towards this gave Hitler and the Nazi party a starting point.

From the very beginnings, Hitler applied propaganda to revenge for his traitorous actions. His principles regarded peace as a temporary setback and only acted as an impediment to the expansionist programs of Germany. Public alienation and dissatisfaction were further experienced in 1923 when the inflations wiped out a good number of the middle-class households’ savings. These factors were the minimal issues that formed the basis and strengths of Nazism.

Further, Hitler majored on the fears instilled in Germany as a result of the Bolshevik Revolution in Russia. He in this context posed as a bulwark against communism. He managed to gain support from the conservative elements that never understood his totalitarian movement characteristics. Propaganda and mass psychology were the very principles, which formed the Nazism and held it together. As outlined by Adolf Hitler, all propaganda had an intellectual capacity of the less intelligent whom it was directed, and its success had a great significance than its truthfulness. Hitler aligned Jews as being cosmic evil and Bolshevism thus earned a common denominator against them. The alignment meant that the Jews were to be discriminated upon based on their race and not their religion. Nazism, therefore, declared Jews were different from and inimical to Germans forever regardless of their social development or education levels.

Nazism tried and achieved reconciliation of the nationalist and conservative ideologies into radical social doctrines. This made it more of a revolutionary movement and in fact a negative one. Nazism rejected democracy, rationalism, and the rule of law, human rights, liberalism, and all other movements during that period. This brought about unwavering and blind obedience to the top leaders. Nazism as well supported inequality of men and races and even suppressed other religious, political, and social institutions that tried to compete with it. The movement’s activities advanced ethnic ferocity and hardness, which did away with the distinction of class bringing about failures and misfits from all classes.

The opportunistic Hitler being the Nazi party leader seized the chance of gaining the nation’s approval during the Germany uncertain times. The Nazi also was known as the Nationalists a party that was known to belong to the Germany workers was initially dormant as and unheard before they could take over the power (Mason 56). Hitler was clever and tried using various ways possible to gain the influence of the people. Above all, he was one of the best orators who everyone could be interested to hear his powerful and charming speech. One other way he used to get the people consented to specifically appeal to the less disadvantaged lower class people and the unemployed in the society to the middle-class citizens. This strategy made him gunner the majority of the country’s support.

During the hard, difficult economic times for the Germans, the country by that time had diverted most of its attention on the financial subversion that was by then tearing the country into pieces. It raised the gross domestic products with many citizens from both the lower and upper class being jobless. Following the aftermath of the Americans Stock exchange, the American government decided to call back all its loan which helped in the collapse of the Germany’ government leaving many people jobless with no survival mechanisms (Berger 23). With a lot of propaganda from Hitler team, the country had already polarized giving the then government hard time to consolidate the people’s support. Nazi realized that how fast the then government was losing confidence of the German people and quickly took great advantage over that to come to power.

After the World War 1 when Germany was still reeling from its defeat after their pride had sustained critical injuries, the government failed to check any of the possible leeways that the opposition could use to disarm them. Anger and bitterness that took the best part of the Germany citizen helped Hitler to rise to power, notably after many German workers turned to communism. At then, there was the high growth of the political tension. Many citizens had diverted their attention from the previous governments. The citizen wanted a true leader, who could show them the perfect way towards their future. After the miscalculated move and the moods of the nation, following the economic depression that had taken place for the past six months, the Nazi party became the second largest party after having won 18.3 percent of the country’s total votes (Berger 60). The nation was so restless such that some of the citizens had already started to hold sticks. For the most analyst, this was the perfect time for Hitler to come to power.

After the political victory that saw Nazi second largest political party in Germany, the party leader Adolf Hitler was then appointed as the Chancellor of Germany by the then President Hindenburg. The appointment resulted from a constitutional requirement that demanded equal representation of small groups of the conservative party in the government. The government thought could use the influence of the Nazi and the Hitler’s powers to consolidate back the former support the state received from his people. However, this plan did not work because Hitler being so angry for power took advantage over that. He specifically wanted to be at the top. Hitler in government used various ways possible both constitutionally and unconstitutional ways to get to powers. Just within two years, however, Nazi and Hitler’s influence had outmatched the Germany’s conservative’s politicians by that time to give into Nazi’s radical dictatorship government.