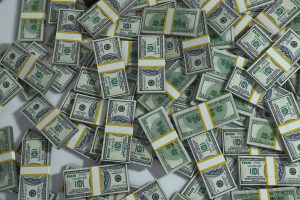 The Remington outdoor company is today known as the chief weapons developer and marketer. Over the years, Remington has been an enormous contribution to firearms and ammunition market. Remington has grown to be a market leader and a huge brand in the US with affiliates namely Bushmaster, Remington, Dakota Arms, Panther Arms, Advanced Armament Corp, name them. However, to come this long, people need to know how it all started with a small private investment company, the Freedom Group today is the most potent rifle and armaments dealer. How did this happen?

In 2010, the Freedom was the sole biggest seller of rifles, short and long guns with an impressive sale of 1.2 million long-guns. In that same period, it had surprisingly shocking sales of 2.6 billion round of Ammunition in the US. These sales spread across markets of hunting and shooting games. Still the question, how did this small group become so big? The Freedom Group is a company owned by private investment company Cerberus Capital Management Company. This company can be remembered to have purchased the Chrysler in 2007. With the help of the Freedom Group has been expanding the market, buying in big guns and ammo brands across the United States.

Over the years, the Cerberus Company has tried to amass the arsenal. It has headquarters located in Midtown Manhattan on Park Ave. So recently, the company has done some acquisitions, the first of them all, the Bushmaster. This rifle is not like most military rifles or let me say spray guns. The Bushmaster when gas powered can execute quick shots depending on the speed of triggers. The Bushmaster due to its black color is usually referred to as “the Black Guns.”

Other buy-ins includes the Remington which for a long time has supplied M24s to the Afghanistan Government. So recently, it has moved to the design and distribution of handguns. The Freedom Group has stepped in on Dakota Arms, Marlin, and DPMS firearms, hugely manufacturers of semi-automatics and tactical dressing equipment.

The group has gained a lot of presence as it contributes to 20 percent of the long guns market in the US. People have questioned the existence of the Freedom Group and the way in which its presence has surprised the market. Freedom Group has been linked to investor billionaire, George Soros and all-evident is the buying-in tactic that has made the Freedom Group dominant in the United States.

With lots of questions from the Public, the National Rifle Association has come out to clear to deny whether the group is buying other rifle companies to become a sole producer and seller. The association has also reached out to Cerberus Capital and Freedom Group whom it has termed as hunters and shooters with support for the Second Amendment in the US.

George Soros name has been cleared with the Chief Executive of the Investment Company, Feinberg linked to the financing of arms group, Freedom Group. The Cerberus is one of the first of companies to trade stocks on the Wall Street. Feinberg is a wolf of Wallstreet who manages the capital of about 20 to 40 billion dollars cumulatively.

Professionals in the Field of Business and Equities believe that people like Feinberg must have seen a big opportunity in the firearms market, which for long has been avoided by many. This play has made the Cerberus with the help of the Freedom Group grow into a large firearm and ammunition business.

The guns and ammunition market of the US is estimated at $4 billion, and the fact that only 70 to 80 million people own guns in the US has been a challenge. As much as women are showing interest in target shooting, the Freedom Group has resorted to other market expansion ways by going international. The group sells to countries like Malaysia, Mexico, and Afghanistan. Even more significant, the Freedom Group has clinched contracts from the US government like the M24 weapons upgrade netting about $28 million. The expansion goes on and on with Freedom Group expanding its board allowing for people from the fields of defense and the army to join the company. Armor and gun market can’t be without any law regulations you can read this persuasive essay on gun control to find out more about it.