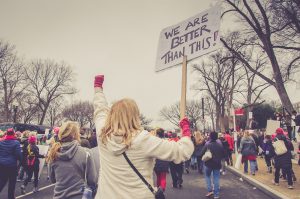 Donald Trump’s presidency has been marred by significant debate over whether he is the right person for the job. In Lessons From an Ineffective President, the author, Charles Cook, postulates that Trump’s presidency can be used as a case study in a class instructing on ways of being an ineffective president of the US. He comes up with three significant lessons he believes would be taught in such a classroom. Firstly, there is myopic engagement with one’s base (Cook). Trump has managed to estrange those not in his core constituency including Republicans. Secondly, one would have to offend independent voters (Cook). Thirdly, one would have to diminish the likelihood of getting defections in addition to riling up the opposing side’s base.

This inefficiency can be attributed to the Republicans losing congressional seats. Senate has seen Democratic seats increasing by ten in states where Trump had clinched whereas only a single Republican seat has been won in states loyal to Hillary Clinton (Cook). In so doing, the House is likely to become virtually equally divided, and a lack of a clear majority has implications to Trump’s presidency. He can only hope to have his voice heard via unilateral, executive-branch undertakings.

In summary, the article has been instrumental in showing the areas that Trump has been failing. Three aspects have been noted in addition to being tagged as lessons that would be used in a class on how to be an ineffective president in the US. The loss of majority in Congress means that he may not have a substantive effect on legislation. In accordance with leadership trait theories, Donald Trump emulates some of the traits that leaders ought not to possess.