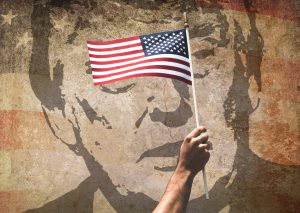 In his book 1984, Orwell tries to create a future away from the time he wrote the book. In Orwell’s eyes, the future appears a complex one where independent societies will be struggling to develop from the effects of totalitarianism. The book or rather novel covers a wide range of issues including sociological, historical, political, and linguistic and governance among many others. This political novel was written to warn the people in the West about the dangers of adopting a totalitarian way of governance. This research will explore the dangers of totalitarianism and the extents to which these governments can go to increase and retain power (Orwell).

Totalitarianism refers to a form of centralized governance when the government does not tolerate or allow parties that have differing opinions. Such governments exercise dictatorial control over the citizens. Additionally, a government that embraces totalitarianism theoretically prohibits the freedom of its citizens and subordinates their lives to the authority of the state. Orwell uses the book 1984 to warn his readers about the dangers of a totalitarian government. As the author narrates, he has witnessed firsthand the effects of the totalitarian government in Russia and Spain. Orwell affirms that these forms of governments go to horrific lengths including torture and manipulation in order to retain power. The linguistic criticism of this book focuses primarily on the author’s ideas about various aspects of totalitarianism. Linguistic critics have ignored Orwell’s style and language in portraying totalitarianism widely. Some critics have commented negatively on his style, which has been attributed as monotonous and dry.  This paper proposes that the critical responses to the author’s style in portraying totalitarianism are wrong-headed. The paper argues that Orwell is sensitive to the writing style and the persuasive and emotive power of language; particularly politics and governance.  This research shows that Orwell carefully constructed various linguistic features that contributed significantly to the underlying theme, i.e., totalitarianism. Orwell goes to large extents to demonstrate a horrific degree of power in a totalitarian government (Orwell).

In totalitarian regimes, individual rights, thoughts, and freedoms are often pulverized as the government is all-powerful and influential.  From his books, Orwell is a socialist who believes strongly in need for rebellion in a modern society. While living in Spain and Russia, Orwell witnessed firsthand how rebellions were destroyed and converted into a totalitarian government. The author witnessed how communism rose by destructing honest governments and civil liberties. During this time, Western countries were pursuing communism as a way of promoting equality in the government. However, Orwell definitively ad fearlessly condemns this practice citing its dangers. The book 1984 presents a perfect example of a totalitarian nation. The novel gives the world an insight of what communism might lead to if it is followed without being checked. The Party has earned significant control over the society and broken independent thinkers. In other words, the Party has mastered all aspects of gaining psychological control over the citizens. Those in power continue to manipulate citizens and spread propaganda to maintain control over power (Orwell).

The Party also utilized technological advancements to gain psychological manipulation of its citizens. Such technological advancements included the invention of telescreens to the advantage of the government. Totalitarian governments have propaganda machines that are well organized and effective. In his book, Orwell cites the Ministry of Truth that is mandated to disseminating Party information and publications. The government dictated every fact that came from the Ministry of Truth. Evidently, the party determines what message to pass to the public regardless of its accuracy. The propaganda machines regularly correct old sources of information to match the current position of the Party on various aspects. 1984 represents a possibility of the future is totalitarianism were allowed to continue. In a totalitarian regime, the Party monitors and controls the lives of its citizens to the extent that disloyalty was regarded illegal (Orwell).

The author highlights how the Party barrages its minors with psychological stimuli that overwhelm the capacity of the mind to think independently. Citizens were continuously reminded about being monitored by telescreens that were branded as ‘Big Brother.’ Children were inducted into organizations that brainwashed them and encouraged them to spy on elderly or parents.  Subsequently, the Party forced citizens to suppress or hide sexual desires (Orwell).

The research methodology in this study will include publication research, conducting interviews and surveys. Additionally, the study will utilize both historical and present information sources about this book.

In Orwell’s book 1984, language is a fundamental aspect of the tough process of human beings. Language helps humans to think and develop significant ideas.  The author exemplified the significance of writing style and language in portraying the dangers of totalitarianism. He uses events in his book to sound an alarm to the Western world about totalitarianism. Orwell continues to narrow down his style and makes it easier for individuals to formulate coherent ideas on totalitarianism. Evidently, totalitarianism sweeps away social, legal traditions to pursue special goals such as conquest and power increase (Orwell).